You are here: Home » About Us » Shanti Gowans: Background 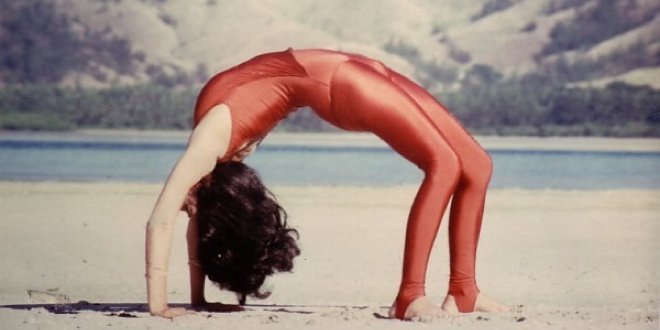 Shanti Gowans was born in India, and educated in both Eastern and Western traditions. Shantiji came to Australia in 1972, when Australia was at the height of political turmoil and in the throes of a spiritual longing. She established The Shanti Niketan Yoga and Health Centre in Melbourne (now owned and operated by Christine Villias, one of her students, under the name of The Southern Yoga and Health Centre) and soon attracted a following which included many prominent artists, poets, spiritual teachers and intellectual thinkers of the time.

In 1995, Shantiji established The Meditation Institute on the Gold Coast (Australia), and in 2006 The Ayurvedic Health Institute, and the City Yoga Studio in Sydney, which is currently owned and operated by Rebecca Sinclair. This great vision has led to what now is ‘Health Institute Australasia‘, an international training college specialising in training teachers of Yoga and Ayurveda practitioners. Shantiji currently lives on the Gold Coast, where she formally teaches a community of students. In Shanti Yoga™ and its associated disciplines, Shantiji has created a powerful, experiential process for lifelong learning and growth.

Shantiji is the globally recognised author and founder of Shanti Yoga™, meditation and Ayurveda for self-directed learning, for individuals, groups, communities and corporations.. She has brought the concepts and practices of a healthy body and a still mind to thousands of Australians through her Yoga and Meditation programs on national television.

Over the decades, Shantiji has been invited to present topics on Yoga and Meditation in four continents, in such countries as the U.S.A., U.K., Japan, India and Fiji. Sought after internationally as an inspired speaker with global and cosmic perspectives, Shantiji translates timeless Eastern traditions into contemporary, accessible frameworks. Her teachings spread beyond the stereotypical, into influences such as parenting, relationships, the visual and performing arts, physical and mental health care, business management and hospice work.

Shantiji has contributed a significant body of work on various dimensions of spiritual and Yogic life, ranging from Yoga and Meditation, The Vedas, Tantras and other classical writings from India, through to social transformation and transpersonal psychology. She has also authored numerous books, CDs and DVDs, as well as contributed to many magazines and newspapers. Shantiji is listed in The World’s Who’s Who of Yoga, and the World’s Who’s Who of Women.

The Shanti Yoga Centre is temporarily closed, up until the term break ends, and will reopen on Monday 20th April 2020. Dismiss