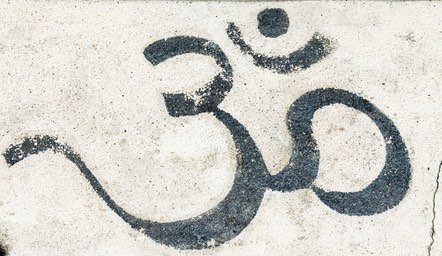 An introduction to the calligraphy of Sanskrit through the study of the Sanskrit alphabet. Through intimate instruction, students are guided through Sanskrit writing, reading and pronunciation with patience and attention to precision in small class settings. No familiarity with the language is assumed, so the program is designed to introduce fundamentals, beginning with the basic sounds and the devanagari script that makes up the alphabet.

Writing Sanskrit is simple, unique and beautiful. You will engage in hands-on, traditional Sanskrit calligraphy in learning to write Sanskrit in its devanagari characters and create your own momento showing your success in learning Sanskrit writing.

At the end of this course, you will be able to:-

Calling all Yoga teachers and students, Ayurvedic students and practitioners and lovers of language.

Kirtan is a powerful route to spiritual development.

Chanting Sanskrit correctly connects us with the empowering energies of the cosmos and our being. Sanskrit has a unique sound vibration that resonates with the microcosm of our bodies and the macrocosm of the universe. Enlightened sages imparted it as a sublime science of sound that would elevate one’s consciousness to enlightenment. Reciting and understanding potent Sanskrit vibrations reconnects us with the subtle forces of the cosmos and our spiritual centre. It offers a window to ancient wisdom imparted by sages that reveal life-enriching truths. Modern research indicates that reciting Sanskrit bestows the same effect as deep meditation. Our aim is to make Sanskrit’s wisdom and potency accessible to you so that you may utilise Sanskrit for personal and planetary peace, healing and happiness.

When: Every other Wednesday evening 8.15-9pm, during school terms when Shantiji is in town

Mantras are scared words of power.

‘Everything is energy and that’s all there is to it,’ said Einstein. Energy consists of waves of moving light vibrating at different frequencies which can be altered through sound. It follows that healing employs sound and music to move energy. Sound is a crucial tool in any healer’s toolkit.

The powerful sound vibrations of Sanskrit help to release stress, calm emotions, heal the body and focus the mind. Specific mantras can also dispel negative energies and harness positive influences into one’s life. Chanting Sanskrit correctly connects us to the subtle energies of the cosmos and our being. With its perfect grammatical foundation, Sanskrit is likened to a tree that evolves from the root of grammar, stems into an alphabet and language, branches in the listener’s mind, flowers in their heart and bears the fruit of positive deeds.

India is a civilisation of many images, a culture of many visual feasts, a tradition where the visible and the palpable are as important as the oral and the occurrent, where the highest truths are embodied not only in its erudite texts, but in kathas (stories) and gathas (songs), akritis (visual forms) and rachanas (compositions, also designs), rich with forms, shapes, designs and motifs. Myth is as important as doctrine, ancient memories are full of cherished forms, and narratives and mythic beings are real in so many different ways.

Life is enriched with festivals, stories, song and dance which celebrate lives of mythic gods and goddesses. Knowledge is gained from simple visual forms, as from learned discourses, where even though we soar through the vast and boundless sky and reach for the starts, we never leave the earth upon which we stand firm-footed. Although we exalt and value the formless, we lovingly create and celebrate many forms. The nirvikalpa (without thought constructs) and niguna (without attributes) are majestic and ultimate, but the savikalpa (with through constructs) and saguna (with attributes) are beautiful and immediate. Our minds roam in infinite spaces that we enclose like a potter encloses in a pot. Conceiving timelessness we yet measure time with the rhythm of a dancer’s foot and the sounds of small symbols. The body is perishable and yet, remains the embodiment of all that is beautiful for us. We drive at silence which is eloquent through well-sculptured and chanted words. Ideas and image, melody and lyric, arupa (devoid of form) and rupa (ordered form), nirakar (the formless) and sakar (form), avyakta (the silent) and vyakta (the spoken) the seen and the unseen are inseparable.

Sanskrit reading and writing, sacred chants and mantras provide a pointer and an exploration of the culture of India, the birthplace of yoga and ayurveda and also to Brahmajnana or transcendent knowledge.

Repeat learners of this course, SYTA, AAPA and Shanti Yoga Premium Members are welcome to attend for $50.

Get Feed for iCal (Google Calendar). This is for subscribing to the events in the Calendar. Add this URL to either iCal (Mac) or Google Calendar, or any other calendar that supports iCal Feed. 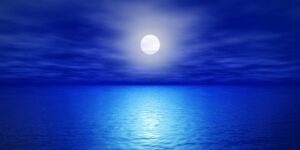 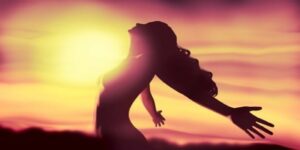 Search for a Product

What is Shanti Yoga?

Read more about What is Shanti Yoga

After researching Yoga Gold Coast I found Shanti Yoga. Not only does Shanti in my opinion offer the best holistic healing service, I also found the center to have the best price which is very refreshing. Being a business owner… Read more “Best service at best price” 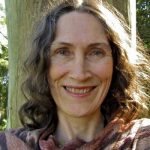 Yoga & the Power of the Mind

I have been associated with Shantiji at Shanti Yoga for over 20 years, and during that time, one of the most important lessons I have learnt from Shantiji is the power of the mind. 18 months ago I was diagnosed… Read more “Yoga & the Power of the Mind”

Thank you very much for teaching me

Thank you very much for teaching me, I had a lot of fun and I learnt a lot.

Your teaching on the kundalini is very insightful

Dear Shanti, I would like to express my sincere thanks for your invitation to last weekends retreat. As always, I returned home feeling deeply grounded… Read more “Your teaching on the kundalini is very insightful”