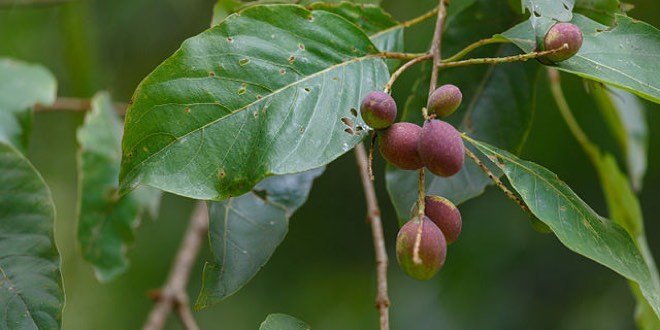 In the cornucopia of Ayurvedic herbs, there are only a few which have the quality of being tri-doshic. Such herbs are much celebrated in India for their ability to bring balance all three doshas, and so restore health to anybody regardless of their particular constitution. Of these herbs is Haritaki, a powerful and well-rounded herb with a vast range of applications in ayurvedic medicine. Astringent and unpleasant in taste, it is a Vata rejuvenator, Kapha regulator and Pitta aggravator.

Haritaki, because it carries away (harate) all diseases.

According to the folklore, legend has it that haritaki came from a drop of Indra’s cup which grew into a tree when spilt upon the ground.

The origin of the name Haritaki could be an indicator of its power and versatility. It is named after Shiva or Hara, as it both comes from the Himalayas, the realm of Shiva, and imparts the fearlessness and the clear perception for which Shiva is known.

This name also refers to the universal action of the fruit by indicating that it carries away (harate) all diseases, and also to the yellow dye, harita, which is derived from it.

The power and range of application which Haritaki bears are derived from its dynamic energetics. Haritaki combines five of the six tastes, excluding only saltiness, however, it is primarily astringent in taste. It is further heating in energy and has a sweet post-digestive effect, or vipraka.

This combination renders it a very effective alleviator of vata imbalance and the eliminator of ama, or accumulated toxins. After the dryness of its astringent taste has broken down ama and accumulated vata, its heating energy and moistening effect then work to counteract the cold and dry nature of vitiated vata and move the toxins from the body. While it is a strong rejuvenative for vata, it also regulates kapha, and only aggravates pitta in excess.

The wide applicability of Haritaki is directed through its manner of use, and the form in which it is taken. When taken as a powder, Haritaki is an efficacious purgative, but when the whole dried fruit is boiled the resulting decoction is useful in the treatment of diarrhea and dysentery. The fresh or reconstituted fruit fried in ghee and taken before meals enhances digestion. If this latter preparation is taken with meals it increases clarity of mind, voice, and vision, and the remaining senses as well as the five actions of the body, it is also purifying for the digestive and genito-urinary tract. Taken after meals, Haritaki quickly cures diseases caused by the aggravation of vata, pitta and kapha which have resulted from unwholesome food and drinks. 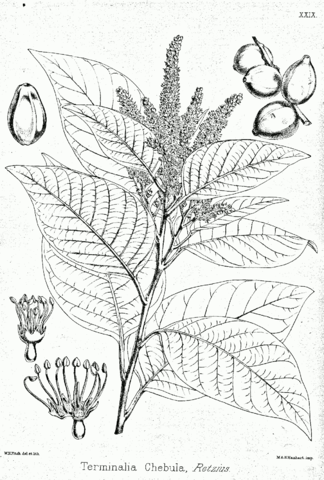 From D. Brandis, Illustrations of the Forest Flora of North-West and Central India (Public Domain)

There are few ayurvedic herbs which have the range and power of Haritaki. It is a potent purifier of the body, and acts effectively to mitigate the cold and erratic nervousness of vata imbalance. It feeds the brain and the nerves and imparts the energy for awareness, increased wisdom and intelligence. It scrapes endotoxins (ama) away from the tissues, especially from the digestive tract, and rejuvenates the body, especially the colon and lungs. Haritaki being an effective astringent and can be used as a gargle for ulcerated surfaces and membranes.

This herb is a gift from the Himalaya which has been used for the benefit of humanity for thousands of years, and surely will continue to do so for millennia to come.

Haritaki is one of the three fruits (haritaki, amalaki) in Triphala.

Haritaki is given with jaggery in summer, rock salt during the monsoon, sugar in autumn, ginger powder in early winter, long pepper in late winter and honey in spring.

Alternatively, it may be given with salt in diseases of kapha. With sugar for pitta problems, with ghee for vata, and with jaggery if all three doshas are aggravated.

As recommended by your Ayurvedic physician and as per your doshic type and imbalances.

3 to 5g at bedtime with warm water.

Not recommended during pregnancy.

All information provided on this website is for informational purposes only, Please seek professional advice before commencing any treatment.
This product is not intended to diagnose, treat, cure or prevent any disease. 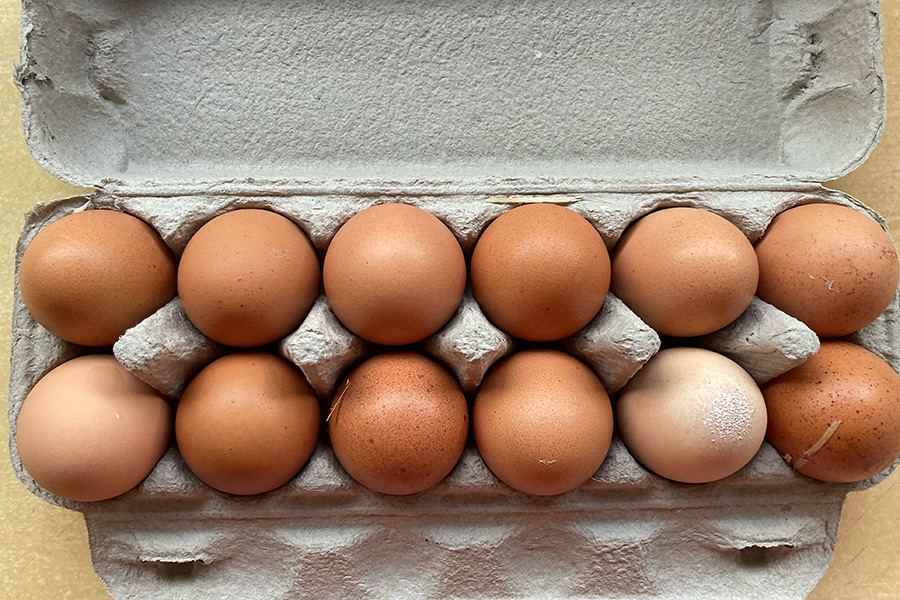 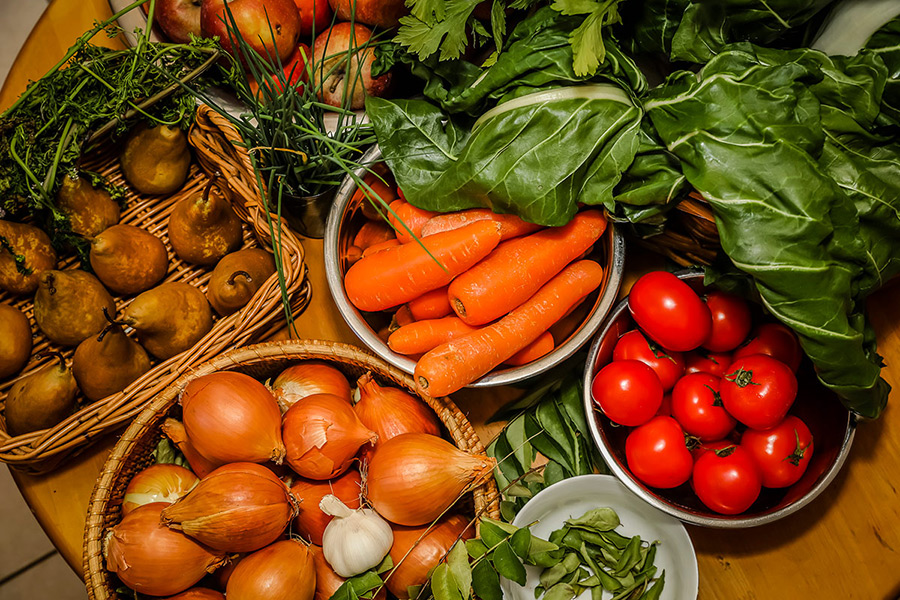