Overcoming the laws of physical nature is a spiritual process. Shiva is an example of this, and the ultimate outlaw. In Indian tradition, Shiva has many forms, each of which represents a powerful possibility for inner evolution. Here we look at a few, to understand the basis of each portrayal underlying each of them.

In the yogic tradition, Shiva is not worshipped as a God. He is the Adiyogi, the first yogi and Adi Guru, the first Guru from whom the yogic sciences originated. The first full moon of Dakshinayana is Guru Purnima, when Adiyogi began the transmission of these sciences to the Saptarishis, his first seven disciples.

This predates all religion. Before people devised divisive ways of fracturing humanity, the most powerful tools necessary to raise human consciousness were realised and propagated. The sophistication of it is unbelievable. The question of whether people were so sophisticated at that time is irrelevant because this did not come from a certain civilisation or thought process. This came from an inner realisation. It was just an outpouring of himself. You cannot change a single thing even today because he said everything that could be said in such beautiful and intelligent ways. You can only spend your lifetime trying to decipher it.

Shiva is usually referred to as the ultimate man, however, in the Ardhanarishvara form, one half of Shiva is a fully developed woman.

Here is the story of what happened. Shiva was in an ecstatic condition and because of that, Parvati was drawn to him. After Parvati did many things to woo him and sought all kinds of help, they got married. Once they were married, Shiva wanted to share whatever was his experience. Parvati said, “I want to experience this state that you are in within yourself, too. What should I do? Tell me. I am willing to do any kind of austerity.” Shiva smiled and said, “There is no need for you to do any great austerity. You just come and sit on my lap.” Parvati came and with absolutely no resistance towards him, sat on his left lap. Since she was so willing, since she had placed herself totally in his hands, he just pulled her in and she became half of him. To accommodate her in his own body, he has to shed half of himself, which he did, and included her. This is the story of Ardhanarishvara, a manifestation of the masculine and feminine that are equally within all living beings.

When the inner masculine and feminine meet, the being is in a perpetual state of ecstasy. However, to try to do it on the outside is fleeting, and all the troubles that come with that external union are part of an ongoing drama.

Masculine and feminine represent certain qualities or polarised opposites, outside as well as inside, two dimensions of life longing to unify, and does not mean two people, male and female, longing to meet. If you achieve it inside, the outside will happen 100% by choice. Otherwise, the outside will be a terrible compulsion. Only when these two qualities happen in balance within, can a human being live a life of fulfilment.

This symbolism shows that if you evolve in your ultimate context, you will be half a man and half a woman, not just masculine or feminine, you have allowed both these aspects to grow. However, you are not skewed development, not neuter but a full-fledged man and a full-fledged woman, which is when you are a full-blown human being, .

Beyond that, the story of Ardhanarishvara as a symbolism of creation, where two dimensions, Shiva and Parvati or Shiva and Shakti are known as Purusha and Prakriti. Praktriti means “womb of nature” or “creation.” The word “Purush” is today commonly understood as “man,” but that is a poor interpretation and an incorrect assumption. Only life can give rise to another life. Purush is that which is the source of creation. Before anything else, when existence was primordial and not in a state of creation, what caused it to snap up and suddenly become creation, is referred to as Purusha. The source of creation was there, creation happened, and it fits perfectly well into the source of creation. Thus Purusha is the cause, the main induction which sets things going. Whether a human being, or an ant, or a cosmos is born, it happens the same way. In terms of human understanding, it is referred to as male or masculine.

The whole human population happened because of a single act of a man, because of copulation, which could happen in any way…  irresponsibly, negligently, forcefully, in anger, in hatred – it need not necessarily happen beautifully. Whichever way it happens, population will follow. But what happened in the womb cannot happen whichever way. It has to happen in a very orderly and beautiful way, otherwise it will not work. If it goes wrong or happens violently, life will not happen.

So when we look at this basic process that set creation going, that process is just like one act. That is known as Purusha, but what takes this on and slowly evolves into life is called Prakriti or nature. That is why nature is represented as feminine. However, because economics has become the main force in the world, things are back to the law of the jungle, namely, survival of the fittest. Women try to be like men, and the masculine dominates. We have chosen the power of gross conquest over the subtleties of love, compassion and embracing life.

With the masculine, you will have everything but you will have nothing. Consciously nurturing and celebrating the feminine in a society or a human being, is essential. This needs to happen right from childhood. Children need music, art, philosophy and literature as much as they need science and technology. If this does not happen, there will be no room for the feminine in the world. If we don’t see how to make both the masculine and feminine find equal roles to play in our life structure, we will live very incomplete, lopsided lives.

“Bholenath” means the innocent or even the ignorant.

Shiva is usually seen as a very powerful force, and at the same time, yet this manifestation of Shiva, known as Bholenath is one who is not so crafty with the world, because he is childlike.

The concept of intelligence, is not just about being smart. Intelligence fosters and allows that dimension which makes life happen to be in full flow. Shiva is like this too. It is not that he is stupid, but he does not care to use intelligence in all those petty ways.

Kalabhairava is the ‘dark one’ and represents a deadly form of Shiva, the most fearsome form, in which he went into a destructive mode… of destroying time. All physical realities exist within the span of time. When time is destroyed, everything is over.

Shiva put on the right kind of costume (of looking terrible) and became Kalabhairava, to create the Bhairavi Yatana. “Yatana” means ultimate suffering, usually happens in hell. When the moment of death comes, many lifetimes play out with great intensity, and whatever pain and suffering needs to happen to you, will happen in a micro-second. After that, nothing of the past remains in you. Undoing your “software” is painful. But this happens at the moment of death, so you have no choice. But Shiva makes it as brief as possible. Suffering has to end quickly. That will happen only if we make it super-intense. Mild suffering can go on forever.

Natesha or Nataraja, Shiva as the Cosmic dancer, literally Lord of Dance, is one of the most significant forms of Shiva.

The Nataraja form, represents the exuberance and dance of creation which self-creates itself from eternal stillness. Nataraja standing in the Chidambaram temple, which represents absolute stillness enshrined in the form of the temple, is very symbolic. The classical arts are to bring this absolute stillness into a human being. Without stillness, true art cannot come.

Shiva has been referred to as Triambaka because of his third eye. A third eye does not mean a crack in the forehead. It simply means that perception has reached its ultimate possibility. The third eye is the eye of vision. The two physical eyes are just sensory organs. They feed the mind with all kinds of nonsense because what you see is not the Truth. You see this person or that person, and you think this and that about them, but you are not able to see the Shiva in them. For this to happen, another eye, an eye of deeper penetration, has to be opened up.

Any amount of thinking and philosophising will never bring clarity into your mind. Anyone can distort the logical clarity that you create; difficult situations can completely put it into turmoil. Only when vision opens up, only when a person has an inner vision, will there be perfect clarity.

Shiva is nothing but the very embodiment of ultimate perception. It is in this context that the Shanti Yoga Center celebrates Mahashivarathri, the great night of Shiva. It is an opportunity and a possibility for all to raise their perception by at least one notch, which is what Shiva is about and what yoga is about. This is not religion. It is the science of inner evolution.

May this Mahashivarathri night not just be a night of wakefulness, but let this also become a night of intense aliveness and awareness for you. It is my wish and blessing that you make use of this wonderful gift that nature offers us on this day. I hope all of you ride this upsurge and know the beauty and ecstasy of what it means when we say “Shiva.”

WE PAUSE TO REFLECT 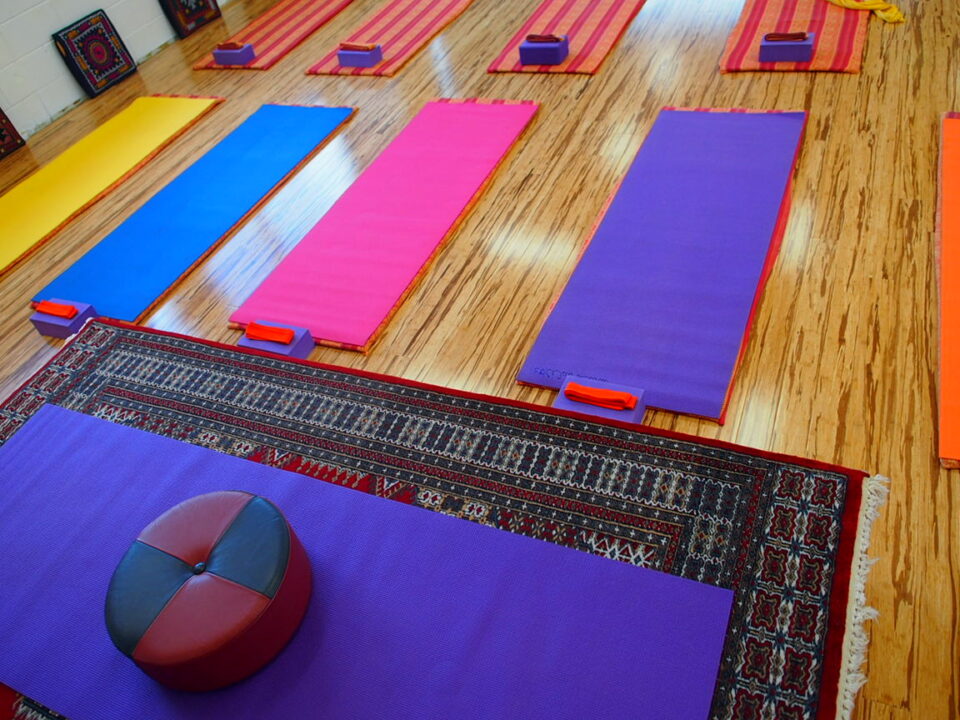 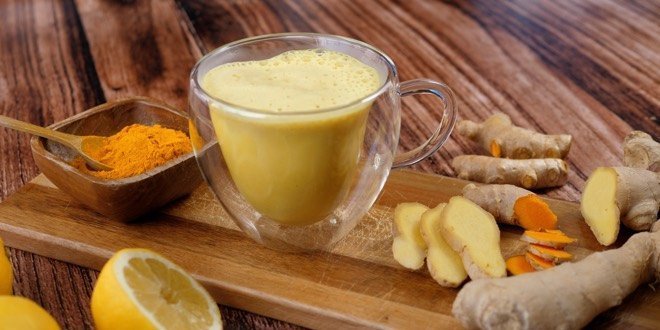