You are here: Home » About » Yoga Research Centre

The Shanti Yoga Health Institute Australasia on-goingly participates in various research projects. The synergistic combination of Yoga, Ayurvedic Healing, Meditation, Mindfulness and Art fills a void and feeds a hunger that is not shrouded in statistics, task forces and bureaucracy. Our goal is to provide practical help, education, and inspiration to support participants on an improved trajectory in their journey to healing, wellness and awakening.

For thousands of years Vedic seers and sages have observed life processes and relationships between human beings and their environment. From this observation, the art of yoga and the Indian systems of medicine have developed a vocabulary to describe the myriad body patterns, a method of description not available to Western medicine because of it emphasis on disease states.

The Vedic system of phisosophy and healing is a coherent and independent system of thought and practice that has been developed over two millennia. Grounded in ancient texts, it is a result of a continuous process of critical thinking as well as extensive clinical observation and testing. It represents a thorough formulation and reformulation of material by respected clinicians and theoreticians. It is however, rooted in the philosophy, logic, sensibility and habits of a civilisation entirely foreign to the Western world, and has therefore developed its own perception of health and illness.

The evidence now indicates that Yoga and meditation can induce analgesia and that its use is associated with measurable psychological changes.

The Vedic approach is a more holistic consideration of health and disease and of the delicate interplay between these opposing forces. The evidence now indicates that Yoga and meditation can induce analgesia and that its use is associated with measurable psychological changes. What is also very appealing is its strong emphasis on prevention and its practical success with conditions that Western medicine is not so good with, such as inflammatory bowel disease, as well as a range of autoimmune disorders.

From mid twentieth century, in the wake of post-war era and a courageously sanctioned exchange of information between the East and the West, the Vedic world view has enjoyed a surge of popularity as the long awaited panacea from the East. Its movement of healing practices, clinical skills, revered literature, traditional knowledge and distinctive philosophy has been unusually rapid. However, this enthusiasm has consistently been dogged by a backlash within medical (and religious) establishments which, unable to obtain “scientific proof” of claims made by the yoga, meditation and ayurvedic proponents was often ready to categorise this rational body of knowledge into a religious faith system and thus abandon this unique system of healing and to forbid its practice in the Western world. However, both by uncritically undervaluing it or by setting it on a pedestal are barriers to understanding. These attempts were unsuccessful, however, and investigations of the possible applications of Yoga, Meditation and Ayurveda to Western understanding and healing have continued.

Although these have gained some acceptance, the average participant probably cannot summarise its theoretical structure as the current medical and scientific community has never considered seriously the medical tradition and culture from which these practices sprang. As if a full understand of Yoga were encompassed by knowing and executing asana! This absurdity is compounded by the fact that isolating a part from its natural environment for investigation is antithetical to the philosophy and culture of a holistic discipline. The problem does not lie with the medical and scientific establishment, it lies in the difficulty in presenting the cultural healing tradition in toto. A completely unfamiliar approach to health and disease, and the emphasis on energy and its balanced flow throughout the body is a stumbling block for Westerners who cannot see beyond the limitations of the paradigm of materialistic science. Additionally there are the pitfalls of interpreting the foreign terminology whose terms have connotations that are quite different to what is ordinarily experienced in English.

Biomedicine is primarily concerned with isolatable disease categories or agents of disease, which it zeroes in on, isolates and tries to change, control or destroy. An ontologically circumscribed entity is the privileged ideal of a system. The Western physician starts with a symptom, then searches for the underlying mechanism – a precise cause for a specific disease. The disease may affect various parts of the body, but it is a relatively well-defined, self-contained phenomenon. Precise diagnosis frames an exact, quantifiable description of a narrow area. The physician’s logic is analytic – cutting through the accumulation of bodily phenomena like a surgeon’s scalpel to isolate one single entity or cause.

The Vedic physicians, in contrast, direct their attention to the complete physiological and psychological individual. All relevant information, including the symptoms as well as the patient’s other general characteristics, is gathered and woven together until it forms a pattern of disharmony, which describes a situation of imbalance in a patient’s body. The diagnostic technique does not turn up a specific disease entity or precise cause, but renders an almost poetic, yet workable description of a whole person. The question of cause and effect is secondary to the overall pattern. One does not ask “Why is X causing Y?” but rather “What is the relationship between X and Y?” Interested in discerning the relationships in human activities occurring at the same time, the logic attempts to organise symptoms and signs into understandable configurations. The total configurations, the patterns of disharmony, provide the framework for treatment. The therapy then attempts to bring the configuration into balance, to restore harmony to the individual.

Excited to transmit what I have learnt from my earlier Indian culture, and continue to learn and study, I have taught tens of thousands of students, treated many patients and after more than five decades of experience, study and reflection, while still retaining its distinct, traditional orientation, the work is more than the experimentations of a person who has just gotten ashore with the need to share a fantastic story.

Healing thus embodies an art with a compelling and ever poetic message.

While continuing to be an introduction to a coherent and radically distinct approach towards healing, our research is grounded in two distinct cultures that embody hope. Patients need treatment. Practitioners need strategies. Healing thus embodies an art with a compelling and ever poetic message.

To our friends, yogis, ayurvedic doctors, medical doctors, therapists, healers and students who attend my lectures and classes and ask many questions that helped to furnish our research; to our teachers of the traditional, classical paths of Yoga and Ayurveda, who gave and continue to give so unselfishly; to my parents and family whose love is always with me through life that has taught me so much. Thank you for assisting me to merge the insight of a Yogic meditator and Ayurvedic practitioner with the scepticism of a modern, inquiring scientist.  The testimony of my life has been more than a literally and scholarly tribute.

Shanti Gowans is the globally recognised author and founder of Shanti Yoga™, Meditation and Ayurveda for the self, family and community. Shantiji has brought the concepts and practices of a healthy body and a still mind to thousands of Australians through her Yoga and Meditation programs on national television.
Previous Classes – Pranayama: Breathing through the whole body
Next Benefits of Mindfulness at Work 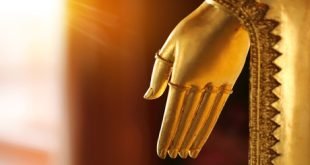 What is CPD? Continuing Professional Development (CPD) is any program or activity that develops and …